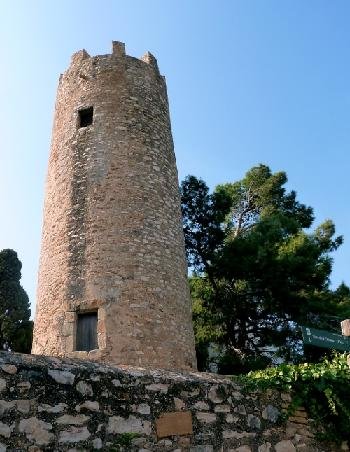 More tan 20 centuries ago romans used surveillance towers as means of communicating between towns and villages as well as for controlling and defensive purposes. In Ebre’s región there are two different layouts: those towers that were used to protect the coast and therefore were placed along the shoreline and those built along the river Ebre, usually in pairs, one each side of the river.

As it were used as defensive system they lack of entrance on the ground floor and a ladder was required to reach the first story. Some had squared or rectangular basements but some other were circular.They were made of rounded rocks or coarse stone. Merlons, crenels and murderholes were placed on the top. Towers have undegone different stages and reconstructions.Those that are not placed on alluvial soil are built by roman or preromanic cultures. Many were restored during the arabic period (s. XVI-XVII century)..

Thesey are the oldest. On the other hand, those built on newer soil or along the coast because of the razzias of turkish and muslim pirates ( XVI-XVII centuries) are newer.. 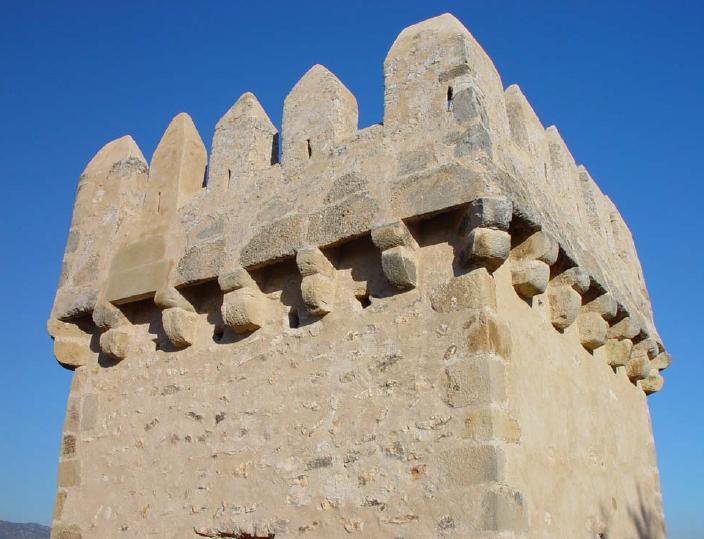 May be the name comes from the fact that was owned by Ponça canon of the church of Tortosa at the end of the XII century. It’s placed in between Aldover and Jesús, near Tortosa, on the right bank of the river Ebre and close toLlaver's tower dated also in the middle age. It’s basement is a 6.3 m side square shape and it’s 14 m tall. It’s outside sides are made of rounded rockslayed in rows and pargeted.

On the foor stage, you can find a round arch door entrance made in a late phase as the original tower had no ground floor access. On the first storythe former entry has been transformed into a round arch window. On thesecond level you still can distinguish the marks of the reed used as workformused to buid the highest level. The terrasse ,is topped with merlons, corbels and murderholes. Surrounding the tower there are a group of buildings recently restored as they were in a state of ruin. Construction of this adjoined houses can be explained due to the defence aim of the tower. Often the houses became a village as it happened to La Galera, Amposta, Tivenys .... Nowadays the tower is considered a BCIN( which Stands for Cultural Good of National Interest). 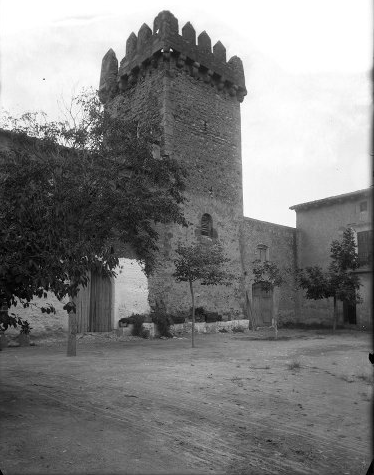 The tower showed several damages: loss of arrebossat both on interior and exterior walls, there was a missing merlon, lack of tancaments in most of the openings, grounds in bad condition, lack of access to second level and terrasse… On 2006 we start the restoration using materials from the region (stone slabs from de Ulldecona for the grounds, mortar of lime for the plastering of walls) and ancient techniques. We install stairs to access the second floor and terrasse and new also install wooden enclosures in windows, doors and balconies and we add a brand new illumination system. Summing up: although we added some elements of present time, the tower has recovered the original look regarding form, materials and color.